Due to the region’s proximity to the Equator, the concept was derived from a finger ring being rotated and the way incident light is refracted off a gemstone set in it. Conceptualizing on this with the form of a prism results in the design of an opto-geometric paraboloid form that enables maximum light convergence and reflection on the exterior fa?ade of the building. Ushering in an era of modernity, the Prism Tower is built upon the concept of a geometric prism stacked upon another geometric prism.

Responding to site conditions of equator proximity and average temperatures, green laminated tempered glass is used to provide visual transparency and replicate a sunshade effect by reflecting over 85% of infrared energy and allowing light rays of specific wavelength to penetrate the interiors.

For more product information about YouTube of China glass facade, you can click on the relevant link below. 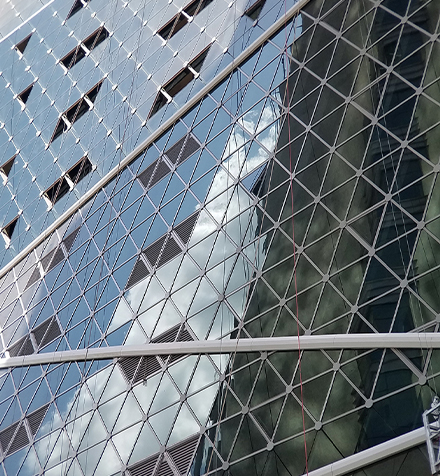